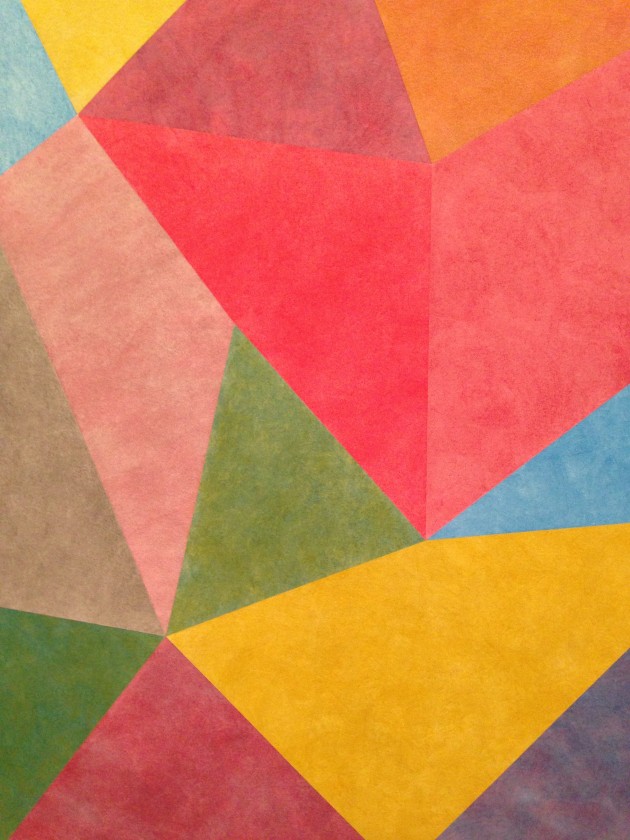 “Can we go to the museum” is the text I receive, without a question mark, from my 12-year old daughter. “Yes” is my reply without period. I know there isn’t much there but the seven word exchange has my attention. By the time I arrive at school to pick her up she jumps into the car with all the energy of I-have-a-plan about her.

As I pull out into salty gray traffic on a frigid late February day Marcella says, “boxed water” talking as if she was texting. I say, “Explain, please.” She continues, “I tried to find boxed water everywhere. I’ve been calling all over the place. One person at Whole Foods said they had it and another person that I spoke to said they didn’t. So I was asking around at school and one girl told me that the museum has it.”

What I didn’t expect is what happened next. She had an entire mini itinerary
planned out in her mind. She wanted to go into the underground garage. Why? Because, “I like go in through the backward words.” referring to the Rosen piece entitled “Never Odd or Even” that lines the corridor between the garage and the escalators leading up the entrance of the Indianapolis Museum of Art. She jumps out of the car and disappears through the doors. When I arrive she’s standing in the middle of Kay Rosen’s piece and slowing taking a panoramic photograph of the piece. She is content for the moment to forget about the boxed water.

Up the escalators. She sees the “Dream Cars” poster and asks, “Are those going to be real cars or just pictures?” I respond, “real cars” now sounding like the one who is texting. She sees the boxed water all the way from the lobby through the cafe and into the case full of stuff like bottled water and juice. Now skipping toward the refreshment case she stops short and turns examining the wood popsicle sticks used for stirring cream into coffee. “What are these?” She knows they are popsicle sticks. She knows they are used for stirring cream into coffee. She knows. But I can tell what she’s thinking. It’s something like – “I know these are craft sticks. I’ve used them for making stuff before. And I’m in the museum so they must be here for a reason?” She does say out loud, “Where are the instructions?” I say, “There’re for coff-“. She cuts me off. “I know.” She moves on to the boxed h2o. Asks the folks at the counter how late they’re open. 9 p.m.

“Let’s go. We can come back on our way out.” She takes my arm and we enter the collection. She notes the humidity in the air. Talks out loud about not wanting the oil paint to dry and crack and how smart the museum is to have figured this all out. We find the Rembrandt. She gets lost in all the surrounding portraits. Looks at them like someone who doesn’t know she’s hungry looking at food. She stops to follow Erwin Wurm’s directions using a wet wipes container. She doesn’t want a picture taken.

She asks about van Gogh. I take her there. She’s seen it before but she still makes an audible gasp. I look at it. I don’t make a sound but there is an audible gasp inside me. I sit down. She takes pictures. She says, “I love this. I really love this.” We talk about the distribution of colors through the picture plane. We get caught up in the purple vs. violet and crimson conversation. You can almost feel van Gogh standing there transferring pigment from his palette to the canvas. There really is a wow thing in that painting.

She grabs my arm and rushes to the escalator. She knows where the Turrell is. She goes in first. I follow half a minute later. She’s by herself slowly dancing in the middle of the room lost in the vibe of the artwork. I don’t know what to say. I sit down on the bench just inside the entrance. She stops. Looks at the void. Says, “I’m afraid.” And then walks backward to the back wall and leans against it staring at the piece. We talk about light. I mention Turrell’s Crater out in Arizona by Flagstaff and that I wish I had gotten my mother out there to see it. She says, “Pamaw can see it now whenever she wants.”

She looks at me. Takes my arm. She’s smiling. Maybe art does make one wise and happy? Without much else being said we roll through the rest of the contemporary collection and down the escalators back to the cafe. Box water purchased. Out through the garage and onto the street. I look at the time. It’s been thirty minutes since we parked.