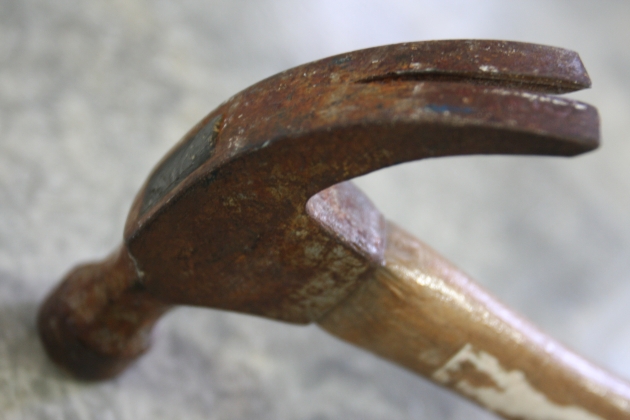 I’m standing in the basement of the Central YMCA in San Francisco staring into a dimly lit closet tucked away behind the boiler room. It is three o’clock in the morning. The year is 1988 and Microsoft released Windows 2.1, NASA scientist James Hansen testified that global warming had begun, Cincinnati Reds pitcher Tom Browning threw the 12th perfect game in baseball history, and Ryan Lewis was born. Tools were required of each event.

And it is tools I’m seeing inside this little room opened by a key dangling from the belt of one of the janitors working the night shift. A few minutes before I had shown up with a box full of donuts and a gallon of coffee for everyone working through the dark hours inside that old building. I did this as a simple way of saying thank you for gleaming floors, clean bathrooms, emptied trash, and all the other things put back together while the building was closed.

The coffee and the sugar from the donuts sparked a big conversation about the fixed, repaired, and cleaned universe. This was the moment when a gentleman from Viet Nam with a mop in his hand, smelling of cleanser, asked me to follow him to his janitor’s closet. Inside was a diversity of tools he had made by hand to solve problems he encountered on his rounds throughout the building. This wasn’t part of his union job. He said, “I don’t want to disturb the maintenance crew.” He used scraps of former things he found discarded in the various offices, program spaces, and thrown into the street outside. He saw the building in its entirety and found a response to its aches and pains through the routine practice of fixing things. This response was beautifully captured in the tools he made and the way he organized them. Not only was he a curator of uniquely functional instruments but he too curated the ongoing aging of one of the first buildings erected after the 1906 earthquake.

I asked. He told me he was a doctor in Viet Nam and that he felt lucky to find work as a janitor in the United States. He explained that he learned how to improvise tools out of necessity during difficult times. In this moment, twenty six years ago, the Tools Exhibit was born. Please click on the Call for Entries in the menu bar on our website and submit your favorite tool for inclusion in the TOOLS show. Be sure to tell us your story about the tool you submit. And, thank you.

← Tools Exhibit Tonight
One and All: An MLK Day 2014 installation at the Indianapolis Museum of Art →